What’s So Special About Ashiatsu Massage?

Do you enjoy getting massages, but suspect that they aren’t quite hitting the spot? You might benefit from trying out a treatment specially designed to penetrate through deep layers of tissue. If you are willing to experiment with something a little out of the ordinary, Ashiatsu could work for you.

What is Ashiatsu massage?

In Ashiatsu massage, the practitioner uses their feet to massage the client. In Japanese, “Ashiatsu” translates to “foot pressure.” This technique allows a therapist to apply a significant amount of pressure in a controlled manner.

During treatment, the client lies face-down on a mattress or table. The therapist balances themselves above the client with the aid of parallel bars and ropes. During the massage, the therapist “walks” across the client’s body, varying their movements as required. The ropes allow the therapist to steady themselves for safety.

In the video below, you can see how it works:

What are the origins of Ashiatsu massage?

Although Ashiatsu carries a Japanese name the technique has roots in India, where it is known as “Chavutti Thirummal.” You may also hear it called “walking massage.” Variants on the technique have been practiced around the world for around 3,000 years.

Massage therapist Ruthie Ashiatsu bought Ashiatsu into mainstream Western practice. According to Massage magazine, Ruthie visited India as a young woman. There she saw a man cover his toes with oil before giving someone else a massage.

Later, Ruthie began a career as a massage therapist in Florida. She frequently worked with large, muscular athletes. Unfortunately, the force required to conduct deep-tissue massage put a strain on her body. Inspired by her memory of the foot massage in India, she formulated Ashiatsu Oriental Bar Therapy in 1992. It is now the most common form of Ashiatsu in the US.

What are the benefits of Ashiatsu massage?

Ashiatsu offers all the benefits of deep tissue massage. It is an effective way to break down knots of tissue, relieving tension and pain. Because the therapist uses their feet instead of their fingers or elbows, the client is not poked or prodded.

When the therapist applies pressure through the soles of their feet, the client’s muscles are flattened and elongated. Ashiatsu is generally more comfortable than standard deep tissue massage.

Ashiatsu stimulates healthy blood flow to damaged tissue and encourages the body’s natural healing processes. It is also effective in the management of some back conditions. With the correct application of pressure to the lower back, a therapist can manipulate the vertebrae. This can improve posture and alleviate tension in the back.

Therapists also benefit from Ashiatsu because it reduces their risk of repetitive strain injury (RSI). Giving deep tissue massage with the hands can lead to sprains and soreness. Using the feet instead solves this problem.

What can you expect from an Ashiatsu massage session?

Prior to the start of your treatment, you will be asked to give a medical history. Ashiatsu is not suitable for everybody. For example, pregnant women, people who have recently received surgical implants, and those with high blood pressure may not be suitable for treatment. This is because the deep pressure involved may prove dangerous in some cases.

Next, you will be asked to remove all clothing aside from your underwear and lie face down on the massage table. Towels and sheets will be used to protect your modesty. A therapist will only remove the towel if they need to massage that particular part of your body. They will use their feet to deliver long, slow strokes. A session usually lasts around an hour.

Ashiatsu involves deep pressure, but it should never be uncomfortable. Your therapist can adjust the amount of pressure they put on your body by repositioning themselves on the bars. If you are in pain or discomfort, let the therapist know immediately.

How does Ashiatsu compare to other forms of massage?

Ashiatsu uses the type of long strokes commonly seen in Swedish massage. However, because the therapist can use their entire body weight, they can better compress a client’s muscles. Swedish massage also incorporates oils whereas Ashiatsu typically does not. This is because oil would cause the therapist’s feet to slip, which may pose a safety risk.

LLM therapists see massage as a holistic approach that balances mind as well as body. They work with their clients’ energy fields, helping them regain mental clarity along with physical health. Ashiatsu takes a primarily physical approach grounded in Western biological sciences. Therefore, its underlying paradigm is completely different.

Reiki is a low or no-contact massage based around energy transference. Western Ashiatsu is based in Western physiology rather than energy-based systems or spiritual beliefs. Practitioners are concerned with functional healing, not alleviating emotional difficulties.

Shiatsu is a form of bodywork that aims to rebalance a client’s “ki,” or life force. Shiatsu practitioners unblock meridians – the ki’s pathways within the body – to improve physical and mental symptoms. This is done by applying pressure to meridian points. Unlike Ashiatsu massage, the client remains fully clothed.

Getting your first Ashiatsu massage

Ashiatsu requires special equipment. It’s best to book a professional massage rather than attempt this type of treatment at home. Many holistic centers now offer some form of Ashiatsu therapy. Most practitioners recommend one session per week for at least six weeks. Depending on your location, you should expect to pay around $75 for an hour-long session.

Be aware that your therapist may want you to get medical clearance before the first session. If you have a medical condition or recent injury, let them know in advance. Call them and ask whether you need to seek your doctor’s permission prior to your treatment.

Most doctors are happy to encourage patients to seek complementary therapy, but always err on the side of caution. Enjoy experimenting with this unusual form of massage. 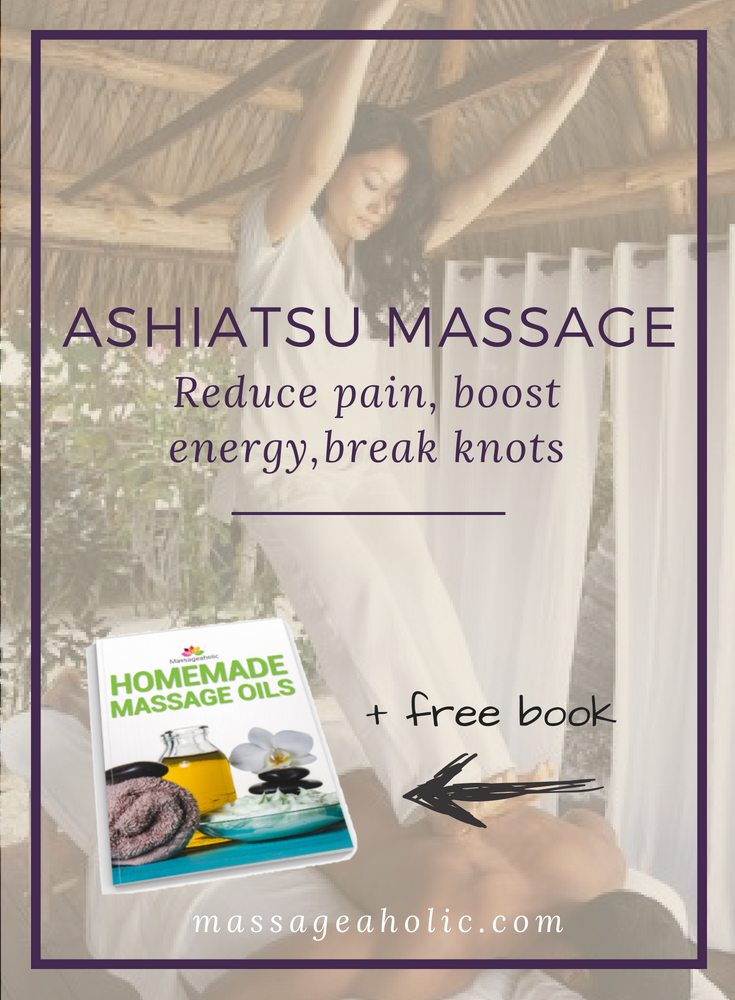 How To Prevent Getting A Headache After Massage