Foot Reflexology Massage: Top 5 Benefits (And Why You Need To Try It)

What is Foot Reflexology Massage?

All forms of foot reflexology utilize the theory that all parts of the body have energetic connections to their “reflex” areas or points on the feet. By stimulating the feet, the energy flow can be normalized to allow the body to heal itself. Reflexology has also been effective as a way to treat stress, tension, and tiredness, as well as maintain good health. (1, 2, 3, 4)

For centuries, people have been using foot massage and the theory of energy connections between the body and the feet to treat various conditions and help maintain health. Various texts have suggested that the origins of reflexology-type treatments came from Egypt, Incas in Peru, and Native Americans.

(1) Others credit the Traditional Chinese Medicine practice of working with meridians (energy lines) as an origin for reflexology (2,3). As practiced in Asian countries, such as Thailand, Vietnam, India, and China, foot massage integrates energy lines, reflex points, and the general message of the feet and lower legs. (5)

In Western countries, the origins of modern-day reflexology are generally credited to Dr. William Fitzgerald, who brought the concept of zone therapy to the United States in the early 1900’s. Eunice Ingham is known as the “grandmother of reflexology.”

She developed an expanded zone theory and created a detailed map of reflex points on the feet. (2,3) The Ingham Technique is one of the most commonly used in the Western world and many other teaching methods use Ingham’s publications and theories as of the basis for their own reflexology techniques.

Foot Reflexology – How Does It Work?

According to Embong et al. (6), there are five theories regarding how reflexology effects change in the rest of the body.

Miller (3) suggests that there are four theories that are applicable to how reflexology affects the body:

Ingram Technique – Based on Zone Theory

In the Ingram Technique, the body is divided into 10 vertical zones and four horizontal zones and there are corresponding zones on the feet where the reflex areas for the parts of the body exist. There are a number of foot “maps” that have been done based on the zone theory.

Ingram Technique students have been taught to use a finger and thumb walking technique that applies pressure to these points or areas. The theory is that they seek out “crystals” in the feet and apply alternating pressure to break up the crystal deposits and open the energy channels to normalize energy flow in the body (3, 5).

These type of Reflexology techniques are generally taught in the western world. 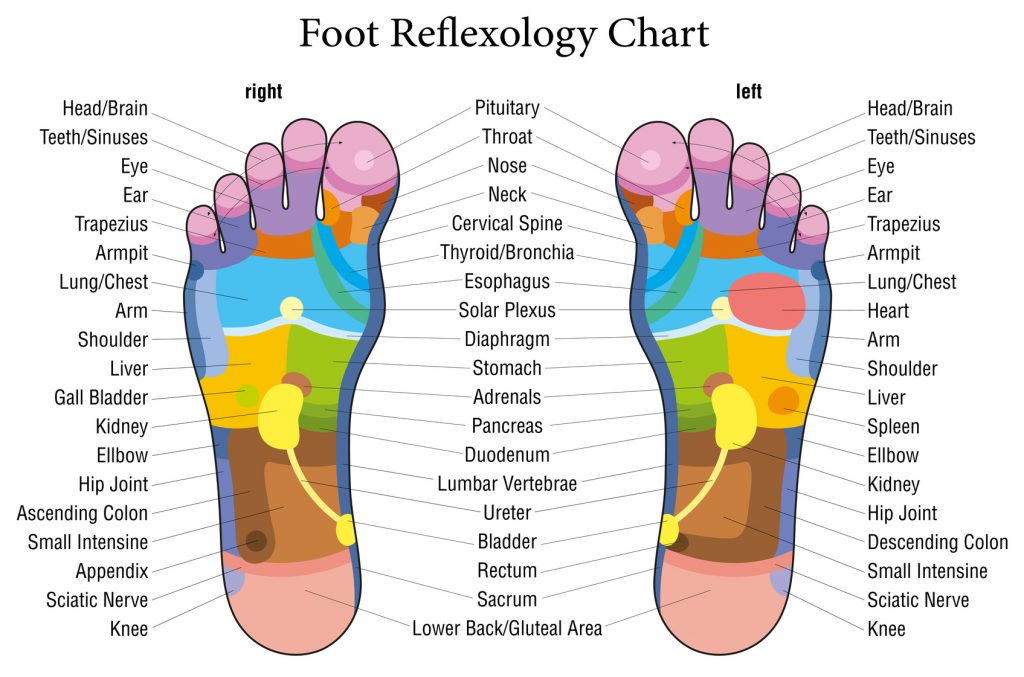 The Rwo Shur Technique was developed by Father Josef Eugster, a Swiss priest who developed the methods while in Taiwan. As opposed to the finger and thumb walking methods developed by Ingram, Rwo Shur reflexology uses other types of pressure and massage on the feet and may also include the use of tools. (6).

Thai Foot Reflexology is readily available in Thailand, and the techniques have been brought to the west by Thai Massage practitioners and instructors. Thai foot reflexology works both points on the feet as well as energy lines (call sen lines) on the lower legs. It combines the use of thumb pressure, massage techniques, and tools such as a stick.

A typical reflexology session may last from 30 to 90 minutes. Many reflexologists begin the session with a foot soak or foot wash, to clean the feet and relax the client. Reflexology may be done with the client on a massage table or sitting in a chair. The therapist will do a visual inspection of the feet, looking for calluses or other indications of problems.

The feet may be warmed up using some gentle massage or stretches on the foot. In an Ingram-Technique session, the therapist may work on each foot, section-by-section, first using their fingers or thumb to find congestion and then working to break up any congestion that they find. In other types of reflexology, the therapist may use thumbs, fingers, knuckles, palms or tools to work on each section of the foot.

A therapist who is doing repeated sessions with a single client to address issues may take notes on what she finds to determine if any changes have occurred from session to session. The client will feel generally feel pressure and may feel increased pain or a sharp sensation when the therapist is working on an area that is congested.

At the end of the session, the feet may again be massaged gently or stretched. Some therapists may end the session by doing massage or acupressure on the arms, hands, and neck. Although there may be some discomfort during the session, most clients feel deeply relaxed afterward.

The regulation and educational requirements of Reflexology vary, not only from country to country but from state to state in the USA. Some US states require reflexologists to have a massage therapy license, others license reflexology on its own, while a number of states have no licensing requirements for practicing reflexology. Reflexology training may be as little as a 1-day class to as long as a full diploma course. In the USA, reflexologists may obtain certification from The American Reflexology Certification Board after taking 110 hours of instruction and passing an examination.

Anecdotal evidence that reflexology is effective is demonstrated by its continued use over centuries in various cultures. Reflexology is non-invasive, retains client modesty (since it can be done with the client fully dressed), and has few side effects or contraindications.

There have not been large-scale studies on the effectiveness or the mechanism of reflexology’s effects. However, smaller scale Reflexology studies have been done that have demonstrated that it is effective as a complementary therapy for various conditions.

Clients who may not benefit from Foot Reflexology treatments include (3,6):

Precautions should be taken with clients who have advanced osteoporosis – clients with very fragile bones should only be given light work without stretching or manipulating the feet. (3)

Foot Reflexology is a holistic complementary therapy where pressure and massage on specific areas of the foot can provide results in the whole body. A therapy with ancient roots, it has been demonstrated to aid in relaxation, and reduction of pain or symptoms in a number of chronic conditions. Although the exact mechanism of action has not been found, current theories for its mechanism are primarily energy-based, suggesting that manipulating the feet can improve overall energy flow and wellness. 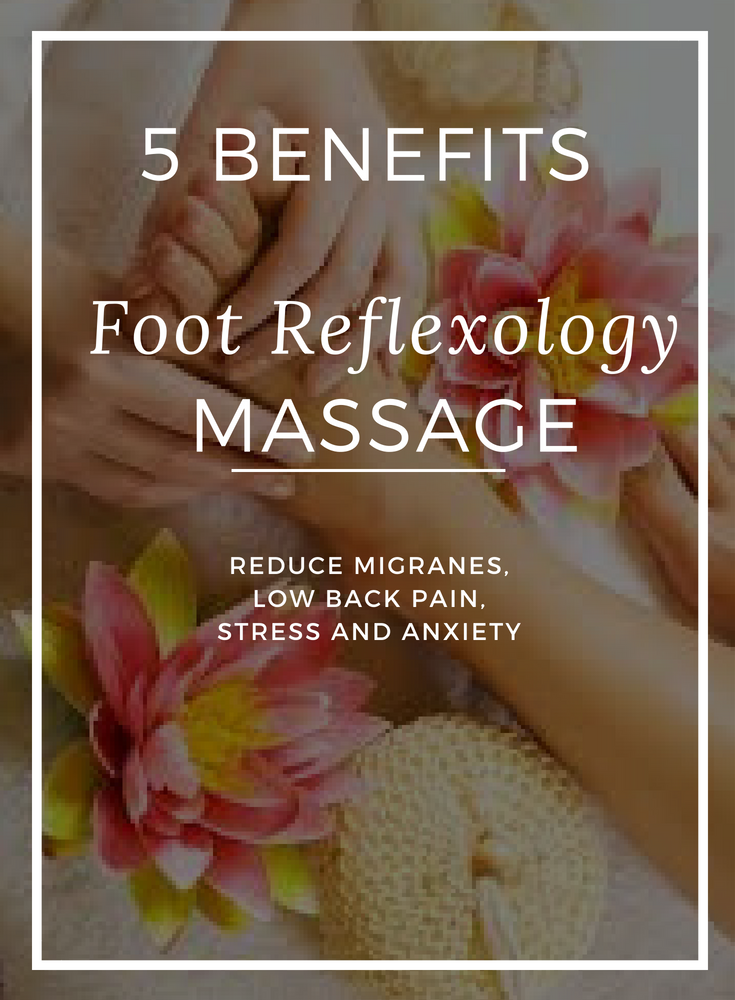