What Are Foot Reflexology Pressure Points?

In reflexology theory, the feet contain points or areas that “reflect” back to various organs and parts of the body. These points are on the bottom (plantar) surface, the top (dorsal) surface, and on the outside (lateral) and inside (medial) of the foot.

The idea in reflexology is that using pressure on these areas can break up congestion or blocks in the body’s energy system, allowing energy flow to be normalized and the body to regain or improve its functioning. Although reflexology is often used as a general treatment for overall health and wellness, various protocols have been developed to treat specific conditions or ailments.

In general, the foot is divided up into regions that reflect back to various areas of the body. The general division is that the toes and the area just below them reflect back to the head and various organs in the head (eyes, ears, nose, sinuses). 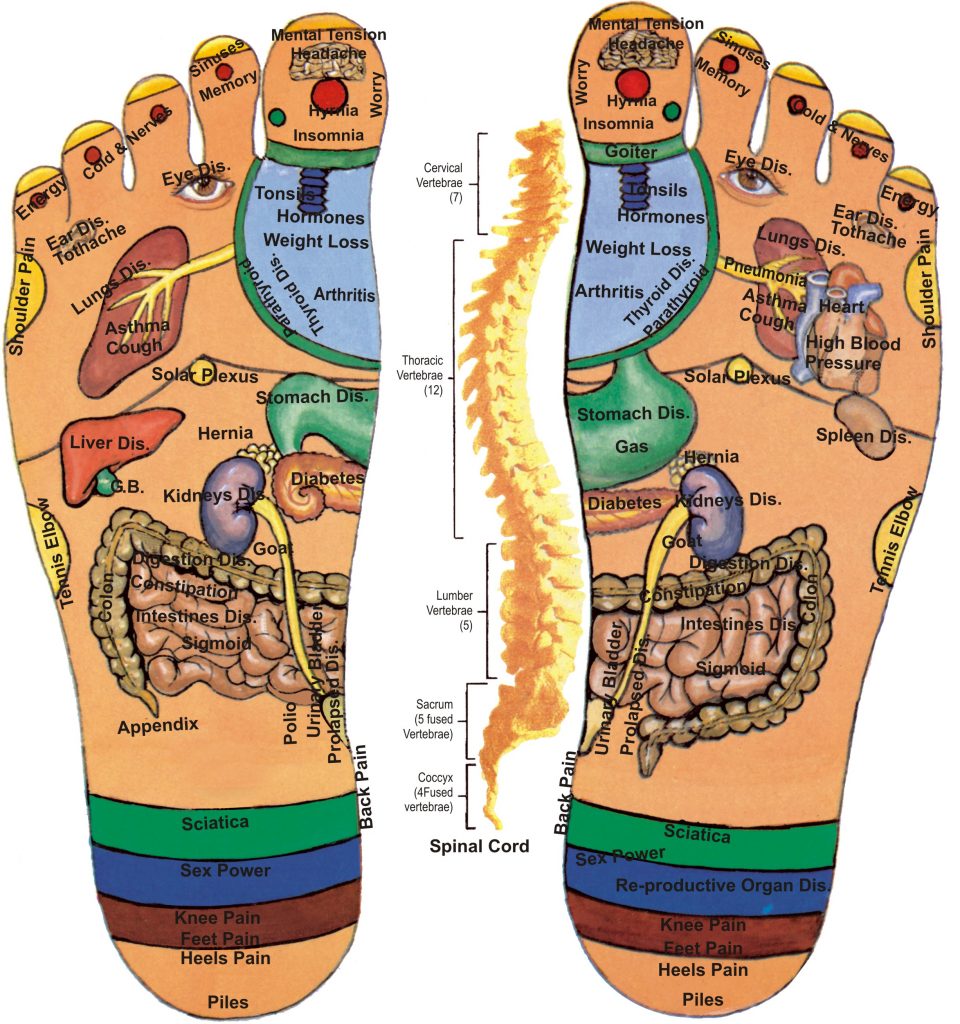 The inside surface of both feet reflects back to the spine, while the outer surfaces reflect back to the shoulders, arms, hips, knees, and legs. The bottom of the foot is worked for effect on organs, with the upper third of the foot being organs in the chest (lungs, heart), the middle third being abdominal organs (stomach, spleen, liver, intestines) and the lower third being pelvic organs (reproductive organs, bladder, colon, etc).

How to Work on Foot Reflexology Pressure Points – Techniques

In traditional Western Reflexology, points and areas can be worked using thumb-walking, finger-walking, pivoting, and sliding. (1) Eastern Reflexology and some Integrative Reflexology practices may also include the use of light stroking, knuckles, circular friction, and tools.

How To Give Yourself A Foot Reflexology Massage – Tutorial

How to massage foot pressure points for pain relief

Reflexology aimed at specific ailments should be considered a complementary therapy rather than a primary treatment. Optimally, any treatment for a specific ailment would first begin with a full reflexology treatment, so that the feet are warmed up and all systems of the body have been addressed.

When working specific reflex areas, feel for areas that are tight or feel like they have small hard nodules in them. These are areas that have congestion that needs to be broken up. Work within your tolerance, and do not use excessive pressure.

Work on the lumbar spine and sacral areas. These are found along the inside of the foot from approximately mid-foot to the heel. Use thumb-walking, circular friction, and/or sliding. Work the sciatic nerve area on the bottom of the heel using thumb-walking, knuckles and/or a tool.

Work on the areas of the foot associated with the head. These are found on the big toe, from the tip of the toe to the base.

These areas can be worked with thumb-walking, pivoting or a tool. Work the entire spinal reflex from the base of the toe to the heel on the inner edge of the foot.

Work the sinus points, which are found on each toe about the center of the pad on the bottom of the toe. Sinus reflexes can bet worked with point pressure.

You can also work the digestive system in the middle of the bottom of the foot, and the lymphatic areas on the top of the foot. (1,2)

How to massage foot pressure points for migraines

Migraine headaches are headaches that are intense, generally confined to one side of the head, and may be accompanied by nausea, vomiting, an aversion to bright lights, and visual disturbances.

Foot reflexology pressure points for tension or stress or anxiety

An overall reflexology session is important for people with chronic stress since it can result from many different causes and affect many different systems.

For people who have difficulty sleeping, like those with stress or tension, focusing on the areas for overall relaxation is recommended. These areas include the head and reflex areas on the great toe; the solar plexus point at the center of the foot, just below the ball of the foot; and the adrenal glands near the inside center of the feet. In addition, use some relaxing foot massage at the end of the reflexology session. (1)

Reflexology treatments for these symptoms work on the uterus areas on the inside of the heel just below the ankle bone (malleolus), the area for the ovaries on the outside of the heel near the lateral malleolus.

Use circular pressure on these areas. Also work the endocrine system including the adrenal gland areas on the bottom of the foot near the inside center of the arch, the thyroid, and parathyroids area below the great toe and between the first and second metatarsal bones, as well as the pituitary point on the pad of the great toe. (4) 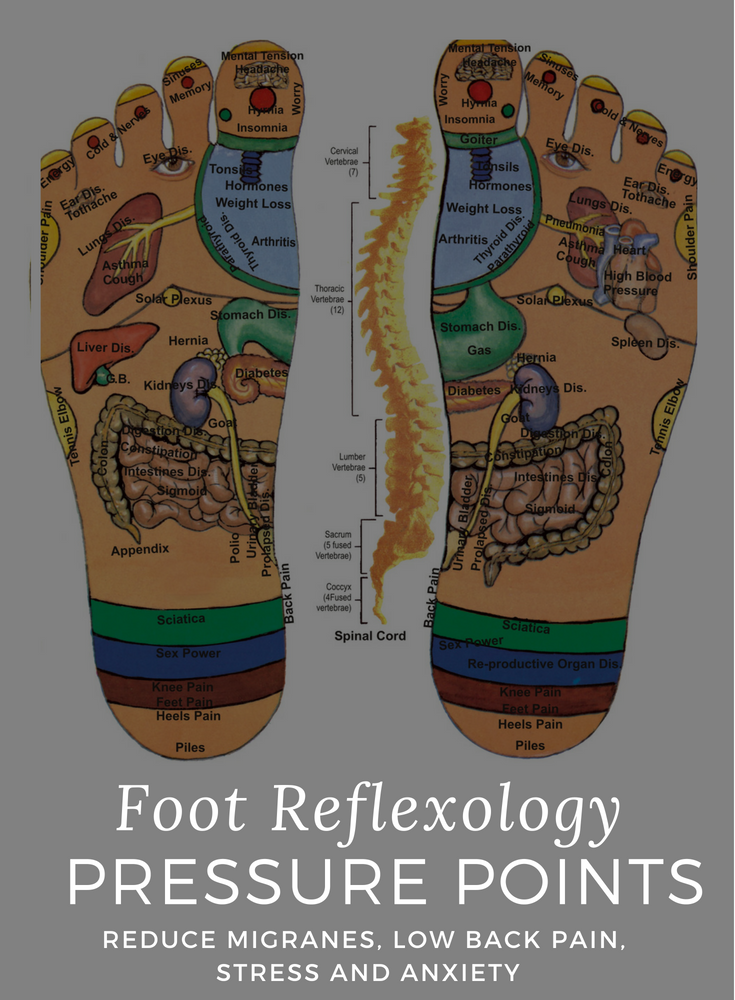 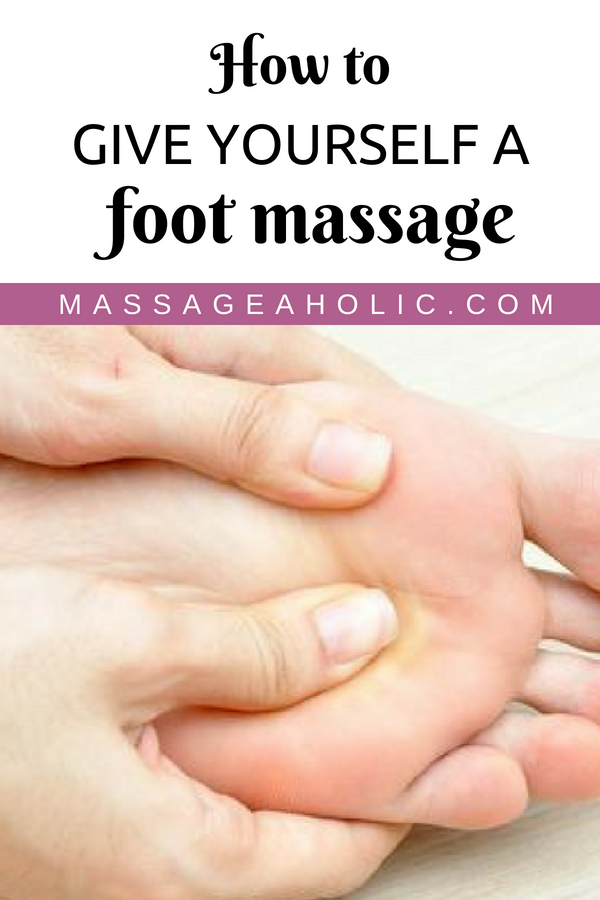